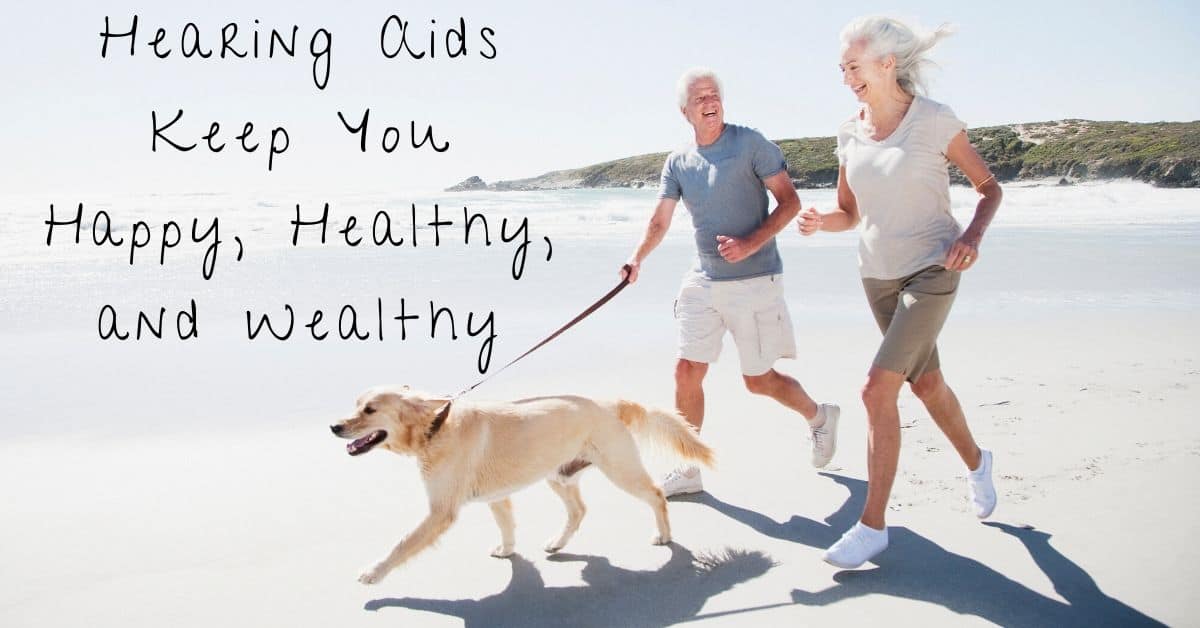 There aren’t many people out there who would refuse the opportunity to improve their quality of life, yet people could do that if they don’t handle the loss of their hearing.

A survey found that people managing their hearing loss are happier, safer, and more affluent. That is the premise of a study by a British university professor named Emerita Bridget Shield. Let’s look at the findings of the study in three areas:

The scientific report, named “Hearing Loss – Numbers and Costs,” documents a lower quality of life for people with untreated hearing loss. The worse the untreated loss of the hearing, the more extensive the loss of quality of life.

Hearing loss also impacts physical health and well-being generally and decreases physical activity. Persons with hearing loss are more likely than people with normal hearing to suffer from other chronic illnesses. The link between untreated hearing loss and a decline in cognitive functions and dementia is widely known.

Tiredness is also a significant problem during and after work that affects many people with chronic hearing loss.

The study also declares the untreated loss of hearing leads to an increased risk of dementia. The results contribute to a growing number of reviews linked to untreated hearing loss and cognitive decline and dementia.

A recent study at the University of Manchester in the UK has also shown that hearing aids might reduce the effects of cognitive age declines by 75 percent. Dr. Piers Dawes, one of the researches, did not know how hearing aids were capable of reducing the impairment by so much. Still, he had some hypotheses, which were connected directly with the findings of Professor Shield’s research: “I’d think that there might be something to do with loneliness, shame and the resulting lack of physical activity associated with hearing.”

It is also shown that the routine use of hearing aids reduces the risk of injury due to falls. A 2013 research has shown that people with hearing loss wearing hearing aids run a 1.4 times lower risk of an injury from falling, which makes it even more beneficial to wear hearing aids.

Hearing loss can lead to lower wages and opportunities for jobs. Some 48 million Americans show a degree of hearing loss, according to the Hearing Loss Association of America. Of these, 60% are at work or in an educational environment.

The treatment of hearing loss is also cheaper than ignoring the problem.

It is cost-effective to treat hearing loss with hearing aids or other hearing solutions compared to the costs of untreated hearing loss for both people and communities. The expenditure in care, both for the patient and the company, is paid back several times through the initial investment in hearing aids.

Mr. Shields advises that those victims of their hearing loss be handled as the earliest opportunity. “for the sake of both the hearing impaired person and their community as a whole, it is vital that we establish early and adequate care and help for hearing loss.”

And when this involves hearing aids, people should not be scared to take the leap. By treating hearing loss, a myriad of health, financial, and wellness benefits can be leveraged.