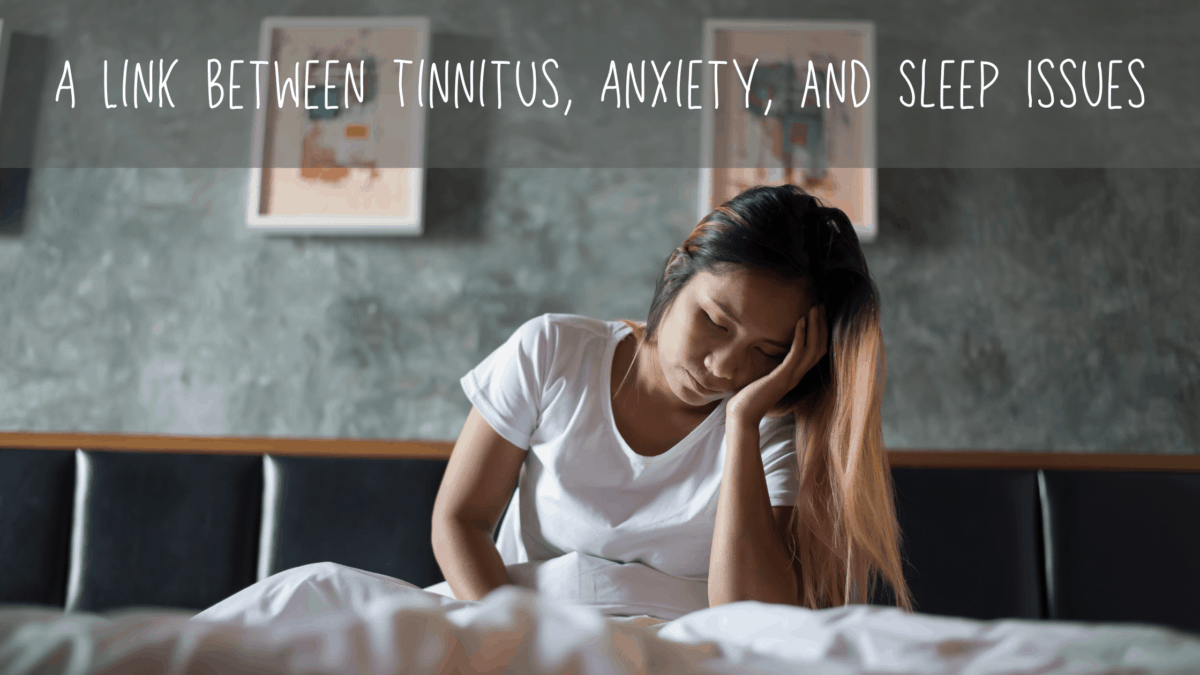 Different people experience it different ways: whether it’s a constant ringing in the ears, a screeching chainsaw that comes and goes, or a clicking or buzzing sound, tinnitus is an annoying and common problem for many people today. It is estimated that 15–20% of Americans have some type of tinnitus, and it is the most common medical problem affecting military veterans.

While tinnitus often accompanies hearing loss, it can also exist on its own. If you’ve ever been to a loud rock concert, been to a shooting range, or otherwise encountered sound that was just too loud and your ears were not adequately protected, you may have experienced a ringing in your ears for a while afterward. While usually the kind of tinnitus that comes with overexposure to noise will subside after a few hours or days, sometimes it continues indefinitely.

But it’s not just loud noise that causes tinnitus. Many medications like Tylenol, diuretics and some blood pressure medications can cause it, as well as some ototoxic chemicals and herbs that you might encounter or ingest. Caffeine can cause it even in small doses, as can cigarette smoke. It can be the result of too much vitamin D or too little B-12. It might be caused by a buildup of earwax in the ear canal, or fluid pressure in the inner ear. It has been tied to TMJ or grinding your teeth in your sleep, or can come about simply from being too stressed out for too long.

In short, it is hard to determine what the cause(s) of a person’s tinnitus might be without looking at many different aspects of their lifestyle and medical history, as well as conducting a physical examination. If you suffer from tinnitus, it’s important to see your doctor. There may be an immediate cause that they can identify right away, or they may help you look more carefully at the areas of your life that could be contributing to tinnitus.

Tinnitus and stress exist in a kind of feedback system. Tinnitus is annoying, and we might go through frustrating parts of our day where we find ourselves terribly distracted by tinnitus, which stresses us out, which in turn can aggravate our tinnitus. While this feedback loop can be vexing, simply having knowledge of it can help some people to be less affected by their tinnitus.

Many people report that the time they go to sleep is when tinnitus is most annoying. You’ve had a long day, you’re tired and you just want to drift off, but that ringing just keeps going and going. If tinnitus is keeping you awake, you should see your doctor.

What Can You Do About It?

A reality of tinnitus is that most cases will never be tied to any specific cause. The good news is that there are some changes you can make to your lifestyle that have been shown to help some people. Perhaps the most valuable tools for living with tinnitus are masking and meditating.

Masking simply involves producing other sounds in order to cover your tinnitus, or distract you from it. If you are mostly affected by your tinnitus at bedtime, it can be very useful to run a fan in the room, or make use of a white noise machine. Anything that produces sound is okay; some people even say that playing Netflix videos quietly on their laptops or phones does the trick. William Shatner famously began to suffer tinnitus after an explosion on the set of Star Trek. To this day, he swears by masking as the only means by which he gets relief.

Meditation practices are valuable for any number of reasons, and have become more and more popular since their introduction to American society in the mid-20th century. Specific meditation techniques for coping with tinnitus have assisted some people to live with tinnitus much more comfortably.

A recent study from the Brigham and Women’s Hospital found that strict adherence to an anti-inflammatory diet significantly reduced the risk of developing age-related hearing loss. While studies are not yet conclusive, there is some evidence that anti-inflammatory diets can have a strong impact on tinnitus. Particular compounds that seem to have benefits for tinnitus sufferers include beta carotene, vitamins C & E, and magnesium. These are also likely to prevent hearing loss, so it’s a win-win!

Get a Hearing Test

Especially if you have tinnitus, it’s important to start keeping track of your hearing health. The Better Hearing Institute, a non-profit, recommends getting a hearing test once every decade until age 50 and once every three years after that. While no one wants to have tinnitus or hearing loss, they are both manageable conditions, so consult a professional about what you can do to keep their impact on your life to a minimum.